Cashew Nuts Are Mineral-Rich and Fat-Burning 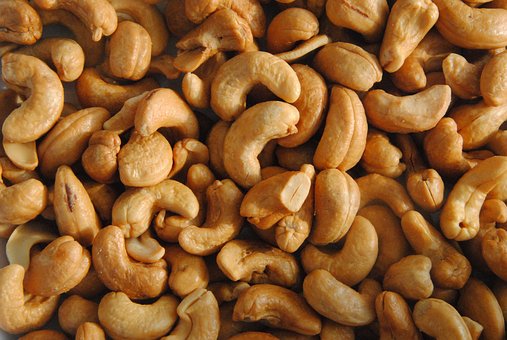 The cashew nut is a delicious nut that has a lower fat content than many other nuts and provides an instant and nutritious snack. It helps to replenish the body's mineral supplies whilst burning off fat and protecting the immune system.

Cashew nuts are actually the kidney-shaped seeds found at the bottom of the cashew apple, the fruit of the cashew tree. They belong to the same family as the mango and pistachio nut. Cashews are always sold shelled because the interior of the shells contains a caustic resin, known as cashew balm, which must be removed before the nuts are fit for consumption.

Cashew nuts are a rich source of B-vitamins, which aid the maintenance of the body's nerves and muscle tissue, and boost resistance to stress. They also contain minerals important for immune health, including the antioxidant selenium, which is crucial in the production of antibodies, and virus-fighting zinc, which helps to keep cancer cells at bay.

Research published in the British Journal of Nutrition identified several nuts among plant foods with the highest total antioxidant content, and suggested that the nut's high antioxidant content may be the key to their cardio-protective benefits.

Cashews are an excellent snack to enjoy after exercising as they are packed with minerals essential to fitness. This includes magnesium, which keeps bones strong while combating muscle fatigue and soreness, and copper which not only increases energy and protects joints from injury, but also helps the body to utilize iron.

A study published in the journal obesity found that people who ate nuts at least twice a week were 31 per cent less likely to gain weight than those who almost never ate nuts. The study authors concluded, "Frequent nut consumption was associated with a reduced risk of weight gain."