Posted by SoundHealth on Tuesday, February 17, 2009 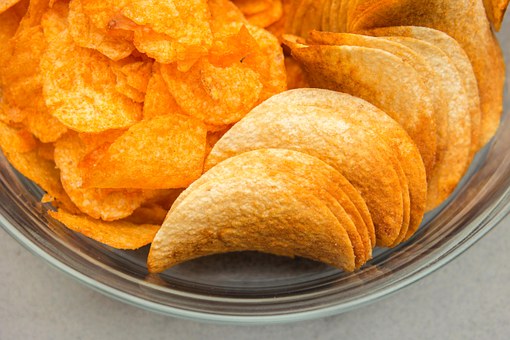 Advertisement. Report if inappropriate.
A new study published in the March 2009 American Journal of Clinical Nutrition suggests that the substance acrylamide which is found in many foods may increase the risk of heart disease. Acrylamide is a chemical compound found in high-starch foods that are cooked at high temperatures, like potato chips (crisps), fries, crispbread and bread.

Objective: The objective of this pilot study was to investigate the possible connection between chronic ingestion of acrylamide-containing potato chips and oxidative stress or inflammation.

Design: Fourteen healthy volunteers (mean age: 35 y; 8 women and 6 smokers of .20 cigarettes/d) were given 160 g of potato chips containing 157 mg of acrylamide daily for 4 wk. Results: An increase in acrylamide-hemoglobin adducts in blood was found in all the study subjects.

Concurrently, a significant increase (P < 0.01) in the oxidized LDL, high-sensitivity interleukin-6, high-sensitivity C-reactive protein, and -glutamyltransferase concentrations was observed in both smokers and nonsmokers. A significant increase in reactive oxygen radical production by monocytes, lymphocytes, and granulocytes and an increase in CD14 expression in macrophages (P < 0.001) were found after intake of potato chips. Twenty-eight days from the discontinuation of the experiment, the variables under study decreased to some extent. It has been shown also that acrylamide increases the production of reactive oxygen species in isolated human monocyte-macrophages in vitro and decreases the cellular glutathione concentration.

Conclusion: These novel findings seem to indicate that chronic ingestion of acrylamide-containing products induces a proinflammatory state, a risk factor for progression of atherosclerosis.

Acrylamide is classified by the International Agency for Research on cancer (IARC) as a probable human carcinogen [1]. Numerous studies have found the carcinogenic effects of this chemical, which is found in foods rich in starch and that have been cooked at high temperatures. The research indicates that more acrylamide is formed at higher temperatures and at longer cooking times during frying, deep-frying or grilling food, but not from boiling.

Therefore, it is advisable to boil or steam food rather than cooking it at high temperatures, which also retains more nutrients. Also, avoid burning food during frying and grilling, and do not eat burned food.

This provides another reason, if you needed one, to minimize your intake of fried food like potato chips and fries, and why junk food is bad for health.