Posted by SoundHealth on Wednesday, March 09, 2011 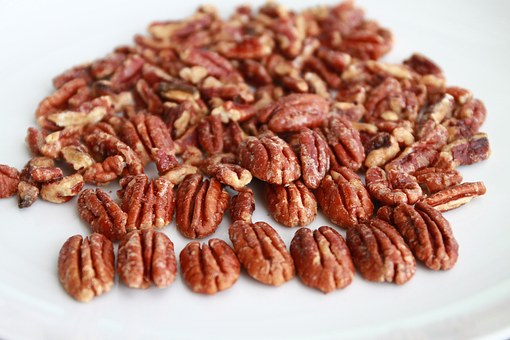 A new study demonstrates that naturally occurring antioxidants in pecans are associated with helping to reduce inflammation in the arteries, and contributing to heart health and disease prevention.

Pecan nuts are particularly rich in one form of the antioxidant Vitamin E called gamma-tocopherol, and the study showed that its levels in the body doubled eight hours after eating pecans.

"Our tests show that eating pecans increases the amount of healthy antioxidants in the body," said one researcher. "This protective effect is important in helping to prevent development of various diseases such as cancer and heart disease."

The researchers analyzed 16 men and women who ate a sequence of three diets, one of whole pecans, one of pecans blended with water, and a neutral 'control' meal.

Even after three hours, unhealthy oxidation of 'bad' cholesterol in the blood fell by up to a third. Oxidized LDL cholesterol is thought to further contribute to inflammation in the arteries and place people at greater risk of cardiovascular problems.

The author said: "This study is another piece of evidence that pecans are a healthy food,"

"Previous research has shown that pecans contain antioxidant factors. Our study shows these antioxidants are indeed absorbed in the body and provide a protective effect against diseases."

Just a handful of pecan nuts contain good amounts of Vitamin E, calcium, magnesium, potassium, zinc and fiber, and they are also a natural, high-quality source of protein. Pecans are also a rich source of oleic acid - the same type of fatty acid found in olive oil. Recent laboratory tests have shown that oleic acid has the ability to suppress the activity of a gene in cells thought to trigger breast cancer.