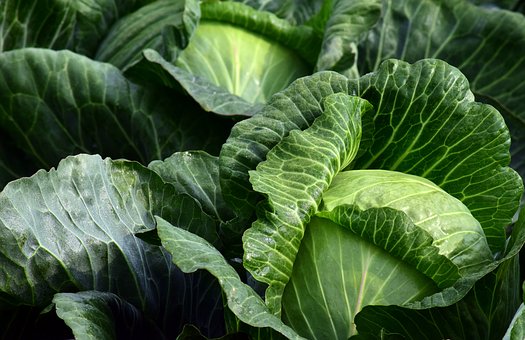 Advertisement. Report if inappropriate.
Red cabbage contains 36 different varieties of anthocyanins, a class of flavonoids that have been linked to cancer protection, according to a study conducted in the U.S.

These flavonoids are found in the pigment that gives red cabbage its distinctive color, and can help fight cancer in humans - provided the body can absorb the right type and in sufficient quantities, according to the researchers.

In the study, researchers fed 12 volunteers a carefully controlled diet that contained either 2/3, 1 1/3 or 2 cups of cooked red cabbage per meal. The volunteers ate two meals per day for three days. The researchers found that participants absorbed the most anthocyanins when eating the largest serving of cabbage. In addition, they identified 36 different varieties of the chemical in the vegetable, eight more than were previously known.

Anthocyanins are naturally occurring pigments that give fruits their blue, purple and red coloring, and are a group of healthful compounds that fall within the flavonoid class of plant nutrients. A variety of studies have shown that in addition to protecting against cancer, anthocyanins can improve heart health and brain function. An earlier study showed that some anthocyanins have twice the antioxidant power of the same amount of Vitamin C in test tubes, although the amount absorbed by humans has not yet been tested.

Another interesting finding of the research was that it showed that not all anthocyanins are the same, with some absorbed more quickly and easily into the human bloodstream than others. The study found that nearly 80 percent of cabbage anthocyanins tested were in more stable and less absorbable forms, compared to the remaining flavonoids, which were at least four times more bioavailable, or absorbable in comparison.

An earlier Japanese study found that anthocyanins also show potential as 'fat-fighters'. Experiments showed that the antioxidants modified the function of fat cells, and could help tackle problems such as metabolic syndrome, a condition characterized by obesity, hypertension, and increased risk of type-2 diabetes and cardiovascular disease.

As well as red cabbage, anthocyanins are also found in high concentrations in berries like blueberries, cranberries and raspberries. Cabbage is also a good source of Vitamin C and fiber. Try eating red cabbage raw by grating it and adding it to salads.