Some Health Benefits of Sprouts

Posted by SoundHealth on Wednesday, April 08, 2009 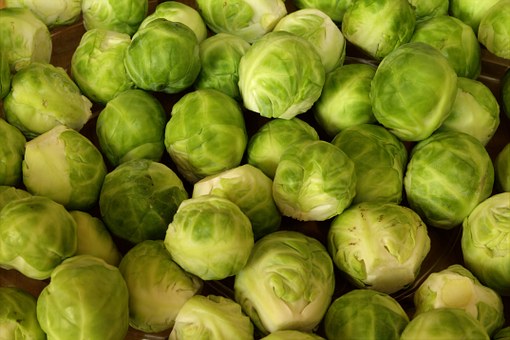 Sprouts are a fresh, natural food that provide an abundance of vitamins, minerals, proteins and enzymes. Numerous scientific studies have shown the importance of sprouts in a healthy diet and many of their curative abilities. Sprouts like alfalfa, radish, broccoli, and soybean contain concentrated amounts of phytochemicals (plant compounds) that can protect us against disease.

Sprouts are any edible seed, nut, grain or bean that has been soaked overnight and left to germinate for a few days. Sprouts are essentially baby plants in their prime, and their delicate cell walls easily release nutrients and abundant enzymes in a form which is easily assimilated and digested, thereby increasing the efficiency of digestion. They also have a beneficial alkalizing effect on the body.

During the sprouting period, the vitamin content in sprouts increases tremendously, as demonstrated in numerous experiments. Compared to the unsprouted seeds, germinated seeds and grains showed an increase in vitamins, minerals, proteins and enzymes of 25 to 4,000 percent in some cases.

"Dry seeds and sprouts of alfalfa, lentils, mung and soybeans were analyzed for selected nutrients. Sprouts compared on a solids basis contained Ca, Fe, and Zn at levels about the same as the seeds while protein was higher and fat content lower in sprouts. Total Vitamin C, thiamine, niacin and riboflavin content was higher in sprouts than seeds, Vitamin C showing the greatest increase. Cooking slightly lowered heat-labile nutrients in sprouts. Galactose-containing sugars of mung beans disappeared upon sprouting. Based upon chem. analyses, nutrient levels of sprouts compare favorably with other fresh vegetables."

A recent study has found that broccoli sprouts are associated with suppression of Helicobacter pylori (H pylori), a common type of bacterial infection that has been linked to stomach cancer [1]. This infection doesn't always cause symptoms, but it can lead to stomach inflammation (gastritis) and ulcers, and is also a major risk factor for stomach cancer.

Previous studies in animals have shown that sulphoraphane from broccoli sprouts can suppress this type of bacteria, and also reduce inflammation and cell damage that could lead to cancer, but this is the first study to be carried out in humans. Researchers found that those participants who ate 70 grams of broccoli sprouts daily had significantly lower H pylori levels than those who ate alfalfa sprouts, after eight weeks.

Broccoli sprouts have also been associated with protecting against respiratory inflammation that causes conditions like asthma, and with preventing or reducing the symptoms of many forms of cancer.

Alfalfa sprouts are one of the most significant sources of plant phytoestrogens, which studies have shown to play an important role in the prevention of many illnesses and conditions, as the following research abstract explains:

"Broadly defined, phytoestrogens include isoflavones, coumestans, and lignans. A number of these compounds have been identified in fruits, vegetables, and whole grains commonly consumed by humans. Soybeans, clover and alfalfa sprouts, and oilseeds (such as flaxseed) are the most significant dietary sources of isoflavones, coumestans, and lignans, respectively. Studies in humans, animals, and cell culture systems suggest that dietary phytoestrogens play an important role in prevention of menopausal symptoms, osteoporosis, cancer, and heart disease. Proposed mechanisms include estrogenic and antiestrogenic effects, induction of cancer cell differentiation, inhibition of tyrosine kinase and DNA topoisomerase activities, suppression of angiogenesis, and antioxidant effects.

Although there currently are no dietary recommendations for individual phytoestrogens, there may be great benefit in increased consumption of plant foods."

Alfalfa sprouts are also a good food source of another compound, saponins. Studies have demonstrated saponins ability to stop the growth of cancer cells, reduce bone loss and stimulate the immune system by increasing the activity of natural killer cells. The saponin content of alfalfa sprouts is 450% over that of the unsprouted seed.

Sprouts are Easy to Grow

Sprouts are a nutritious, fresh, living food, and home-grown sprouts are truly organic and free from pesticides, fertilizers and other chemicals. Growing your own sprouts is easy and only takes a few minutes of care each day. Once harvested and refrigerated, they will continue to grow slowly and their vitamin content will actually increase.

Here is a comprehensive list of research abstracts on the nutritional benefits of sprouts.