Resveratrol: The Super-Nutrient For Cancer, Heart Health and Longevity

Posted by SoundHealth on Tuesday, September 29, 2009 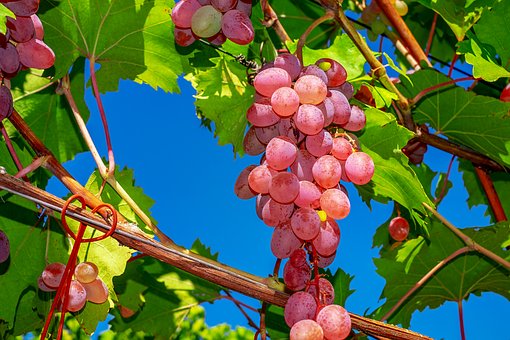 Resveratrol is a potent antioxidant found in many foods, especially grapes. It is a powerful nutrient that supports increased lifespan and helps to protect the body from diseases like cancer.

Resveratrol is unique among antioxidants because it can cross the blood-brain barrier to help protect both the brain and nervous system. Studies highlight its many wide-ranging benefits, including:

In 2003, research showed that resveratrol was able to increase the lifespan of yeast cells. According to the findings, resveratrol could activate a gene called sirtuin1, which is also activated during calorie restriction in various species.

Since then studies in nematode worms, fruit flies, fish, and mice have linked resveratrol to longer lives.

In one study published in the journal Nature, scientists fed one group of mice a high-fat diet consisting of 60 percent fat calories. The mice developed signs of diabetes, and began dying early deaths.

A second group of mice was fed an identical diet, but were also given large daily doses of resveratrol.

The mice did put on weight, but they avoided the enlarged livers and high blood glucose and insulin that signal diabetes. The resveratrol-fed mice also lived as long as mice on a healthy diet.

Resveratrol as an Anti-Inflammatory

Whilst inflammation is a natural response by which the body's white blood cells protect from outside invaders such as bacteria and viruses, sometimes the body can become in a chronically inflamed state. Chronic inflammation has been linked to numerous chronic diseases including heart disease, cancer and diabetes.

Other health Benefits of Resveratrol

Further studies have associated resveratrol intake with reducing the risk of disease and factors that cause disease. One 2006 study found that when rats bred to develop high blood pressure were fed a powder made from green, red, and black grapes, not only did their blood pressure go down, but their heart function improved and they had fewer signs of heart muscle damage than rats not fed grapes.

Another research paper reported that resveratrol aided in the prevention of cancer cells by blocking the ability of a key protein involved in the disease. This protein stimulates gene functions that promote cell survival; it is known as nuclear factor kappa B (Nf-kB) and is located inside the nucleus of all cells. It was hypothesized that the cancer cells resveratrol came in contact with died as a result of a built-up sensitivity to a compound called Tumor Nectrosis Factor alpha (TNFa).

Further studies indicate that a process referred to as apoptosis, the self-destruction of cancer cells, is activated by the compound resveratrol.

Resveratrol is found in high concentrations in grape skins, especially red grapes, where it is naturally produced by the grapes as a defense against fungi. Peanuts, cocoa, dark chocolate, blueberries, cranberries, and mulberries are other dietary sources of resveratrol.