Posted by SoundHealth on Wednesday, August 26, 2009 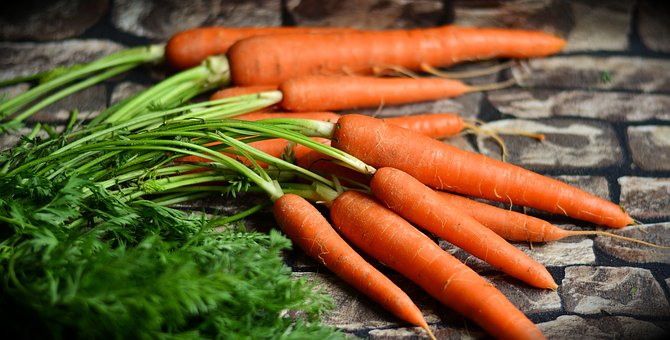 Two separate studies have found that women who eat a diet rich in carotenoids have a substantially lower risk of breast cancer. These new studies add to mounting evidence that the substances that give fruits and vegetables their yellow, orange and red colors can offer breast cancer protection to women at any stage of life, even those who have already survived breast cancer.

The first study examined the diets of women with a deadly form of breast cancer. Among the 5,450 postmenopausal women studied over an 8-year period, those who consumed the most carotenoid-laden vegetables cut their risk of invasive breast cancer nearly in half. [1]

The second study looked at groups of women with all stages of breast cancer, from those with early stage breast cancer to those who had a recurrence of the disease. The study concluded: "Higher biological exposure to carotenoids, when assessed over the time frame of the study, was associated with greater likelihood of breast cancer-free survival regardless of study group assignment." [2]

Carotenoids are a class of natural fat-soluble pigments found mainly in plants, and are responsible for the red, orange and yellow pigments present in many fruits and vegetables, including carrots. carotenoids provide a source of Vitamin A, they protect cells from the damaging effects of free radicals, and enhance the functioning of the immune system.

The most easily available carotenoids are beta-carotene, lycopene, lutein, beta-crpytoxanthin, zeaxanthin, and astaxanthin.

Researchers have yet to identify the specific cancer-protective property in carotenoid-rich foods, but it is believed their role in promoting cell-to-cell communication is likely to play a role. Researchers believe that poor communication between cells may be one of the causes of the overgrowth of cells, a condition which eventually leads to cancer. By promoting proper communication between cells, carotenoids may play a role in cancer prevention. It has also been found that carotenoids play a role in female reproduction, helping the reproductive system function properly, which could possibly provide a link to their breast cancer protective qualities.