The Amazing Benefits of Coconut Oil As A Food and Medicine 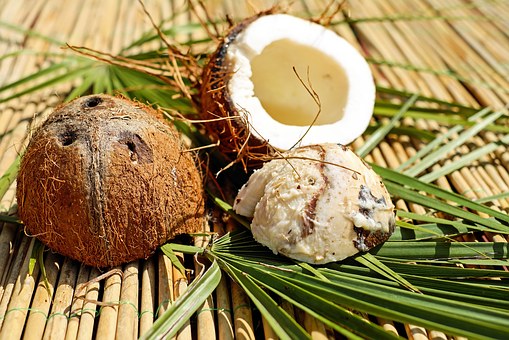 Coconut oil possesses remarkable healing properties and has been used as both a food and medicine around the world for centuries. Modern research has confirmed the effectiveness of this amazing oil for a wide range of health problems. When used regularly, either as a supplement, used in cooking, or applied directly on the skin, coconut oil has been found to help prevent against diseases like cancer and heart disease, strengthen the immune system, promote weight loss, improve digestion, combat premature aging of the skin, and many other ailments, as well as boost overall health and wellbeing.

The fatty acids found in coconut oil are digested and metabolized differently from those of other fats. This difference gives the oil many health benefits not obtained from any other source. The medium-chain triglycerides (types of fats present in the blood) in coconut oil don't require pancreatic enzymes or bile for digestion. This makes them easier to digest, especially for infants and those with digestive problems.

Coconut oil provides a quick and easy source of nutrition without taxing the enzyme systems of the body. It also improves the absorption of minerals, particularly calcium and magnesium, and vitamins like B-vitamins and the fat soluble vitamins, as well as some amino acids.

The medium-chain fatty acids in coconut oil are used by the body to produce energy, not make body fat. Coconut oil stimulates metabolism, increases energy, and improves thyroid function, all which aid in reducing unwanted body fat. For this reason, researchers have recommended the oil as a means to prevent and even treat obesity.

This healing oil does not negatively affect blood cholesterol, nor does it promote platelet stickiness that leads to blood clot formation, and it does not collect in the arteries.

Coconut oil possesses anti-inflammatory, anti-microbial, and antioxidant properties, all which protect arteries from atherosclerosis and from heart disease. Those people around the world who consume the most coconut oil have been found to have the lowest rates of heart disease.

Coconut oil Is A Powerful Healer

Coconut oil's medium-chain fatty acids possess powerful antimicrobial properties that kill a variety of disease-causing bacteria, fungi, viruses, and parasites, but at the same time they do not harm friendly gut bacteria or contribute to antibiotic resistance.

Because of its resistance to free-radical formation and its ability to support the immune system, coconut oil is useful in preventing or treating a wide range of conditions, and new health benefits associated with coconut oil are being discovered all the time.

How to Use coconut oil

To enjoy the benefits of coconut oil:

Another good way of adding this health-promoting oil to the diet is by eating the flesh of the fruit or seed, or from drinking coconut milk. Fresh coconut meat is about 33 percent oil, whilst dried coconut is also a good source of coconut oil.

Coconut, both fresh and dried, is a good source of fiber, which is needed for proper digestive function. Shredded, dried coconut provides three to four times as much fiber as the equivalent weight of most fruits and vegetables. Coconut also contains as much protein as an equivalent amount of green beans, carrots, and most other vegetables.

Dried and shredded coconut is the most common form of coconut available in stores. The fat content and nutritional content is about the same in both dried and fresh coconut.

Coconut milk is not the liquid that is found inside the coconut - this liquid is called "coconut water", which is also a nutritious beverage. Coconut milk is a manufactured product made from the flesh of the coconut. It is made by mixing water with grated coconut, squeezing and extracting the pulp, leaving only the liquid. It is a pure white substance with a thick, creamy texture, and is available canned in food stores.

Coconut milk contains between 17 and 24 percent fat, so it is a good source of coconut oil and has similar health benefits. Coconut milk makes a good substitute for dairy milk and cream, and can be used in both savory dishes like soups, curries and sauces, and for desserts.