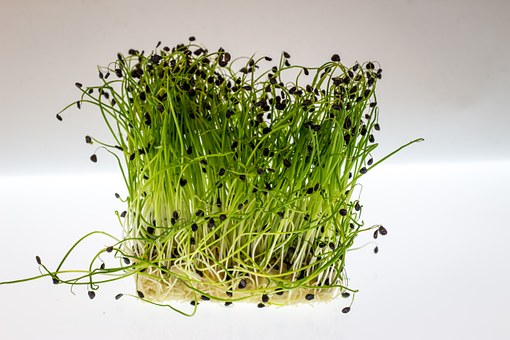 Advertisement. Report if inappropriate.
Eating a portion of watercress every day could help protect against cancer, according to new research.

The pilot study suggests that eating watercress could help prevent the development of breast cancer while also helping recovering breast cancer victims avoid a recurrence of the disease.

Watercress is a great example of a superfood; gram for gram it is richer in Vitamin C than oranges, and higher in iron than spinach. It's also packed with Beta-carotene, iron, calcium and folic acid. Quercetin, a type of flavonoid and a powerful antioxidant, is also found in greater quantities in watercress than in broccoli and tomatoes.

Scientists at Southampton University found that volunteers who ate 80 grams of watercress a day - the equivalent of a single vegetable portion - had elevated levels of cancer-fighting molecules in their blood within hours of eating the salad leaves.

Extracts from crushed watercress were also shown to inhibit the growth of breast cancer cells.

Writing in the British Journal of Nutrition, the authors said chemicals found in watercress, known as isothiocyanates, appeared to interfere with the growth of cancer cells.

They said: "This pilot study suggests that dietary intake of watercress may be sufficient to modulate this potential anti-cancer pathway."

The researchers added that the mechanism by which the isothiocyanates from watercress helped to inhibit cancer growth was unclear and said that further work needed to be done with larger numbers of patients to confirm their results.

The pilot study used four women, all of whom were breast cancer survivors, and monitored changes in their blood of key molecules involved in the growth of cancer cells.

The participants were asked to fast on the day of the tests and had blood samples taken before and after eating a portion of watercress.

The scientists found that six hours after they had eaten the leaves, the women experienced a drop in the activity of a molecule called 4E binding protein, which is thought to be involved in helping cancer cells survive.

The findings build on epidemiological studies that have shown people who eat watercress and other vegetables rich in isothiocyanates, such as broccoli and cabbage, are at lower risk of developing cancer.