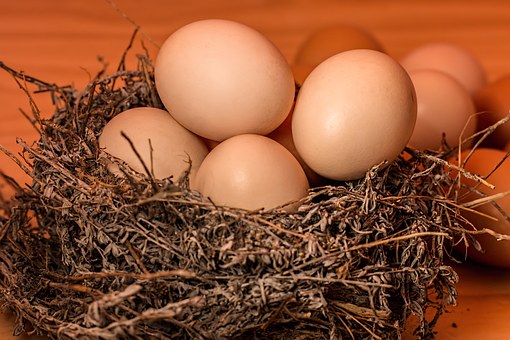 Eggs are often thought of as one of nature's most perfect foods. They are already well known to be an excellent source of proteins, lipids, vitamins and minerals. But researchers have recently discovered that eggs also contain antioxidant properties, which is associated with helping in the prevention of cardiovascular disease and cancer.

After analyzing the properties, the researchers determined that two egg yolks in their raw state have almost twice as many antioxidant properties as an apple and about the same as half a serving (25 grams) of cranberries.

However, when the eggs were fried or boiled, antioxidant properties were reduced by about half, and a little more than half if the eggs were cooked in a microwave.

"It's a big reduction but it still leaves eggs equal to apples in their antioxidant value,"

said one of the researchers.

The discovery of these two amino acids, while important, may only signify the beginning of finding antioxidant properties in egg yolks, he explained:

"Ultimately, we're trying to map antioxidants in egg yolks so we have to look at all of the properties in the yolks that could contain antioxidants, as well as how the eggs are ingested,"

adding that he and his team will examine the other type of antioxidant already known to be in eggs, carotenoids, the yellow pigment in egg yolk, as well as peptides.

In previous research, they found that egg proteins were converted by enzymes in the stomach and small intestines and produced peptides that act the same way as ACE inhibitors, prescriptions drugs that are used to lower high blood pressure.

That finding defied common belief and contradicted the public perception that eggs increased high blood pressure because of their high cholesterol content.

This study highlights the importance of including eggs in the diet. If you eat raw eggs, make sure your eggs are as fresh as possible to avoid salmonella poisoning and preferably free range and organic.