Advertisement. Report if inappropriate.
You are here: Home Body 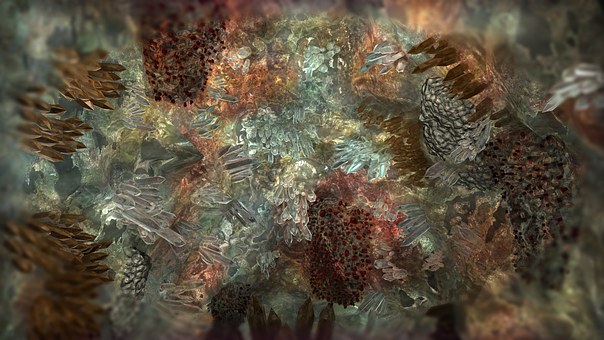 Advertisement. Report if inappropriate.
Selenium is a trace mineral essential for good health, and multiple studies have shown it to be an effective mineral for preventing many forms of cancer, and relieving symptoms of conditions like arthritis.

Selenium is needed to form glutathione, an antioxidant which is the backbone of life in all cells in the body. Adequate cellular glutathione is required to keep cells healthy, and like Vitamin E, it is required for healthy immune system function. Vitamin E and selenium work together to support immunity, antioxidant defense systems, and cancer prevention.

Selenium, especially when used in conjunction with Vitamin C, Vitamin E and Beta-carotene, works to block chemical reactions that create free radicals in the body (which can damage DNA and cause degenerative change in cells, leading to cancer). Selenium also helps to stop damaged DNA molecules from reproducing. In other words, selenium acts to prevent tumors from developing.

Many studies indicate that death from cancer, including lung, colorectal, and prostate cancers, is lower among people with higher blood levels or intake of selenium [1-7]. One study found that although taking a daily supplement containing selenium did not affect recurrence of skin cancer, it significantly reduced the occurrence and death from total cancers. The incidence of prostate cancer, colorectal cancer, and lung cancer was notably lower in the group given selenium supplements [8].

Research suggests that selenium affects cancer risk in two ways. As an antioxidant, selenium can help protect the body from damaging effects of free radicals, and prevent or slow tumor growth. Certain breakdown products of selenium are believed to prevent tumor growth by enhancing immune cell activity and suppressing development of blood vessels to the tumor [9].

Research just published in the March edition of the journal Clinical cancer Research has found that a compound derived from vegetables, especially when combined with selenium, is associated with reducing melanoma, the most serious form of skin cancer [10].

There are currently no drugs that can shut down the protein which triggers the development of melanoma. However, scientists have discovered that a class of naturally occurring chemicals called isothiocyanates found in cruciferous vegetables (which include broccoli, cabbage, cauliflower, and Brussels spouts) appears to target this protein. The the researchers found they could make the isothiocyanates even more potent by supplementing them with the trace mineral selenium. The lead researcher explained:

"Selenium deficiency is common in cancer patients, including those diagnosed with metastatic melanoma,

"We found that the selenium-enhanced compounds significantly reduced the production of Akt3 protein and shut down its signaling network,

"We have harnessed something found in nature to target melanoma. And since we only need tiny amounts to kill the cancer cells, it means even less toxic side-effects for the patient."

Surveys indicate that individuals with rheumatoid arthritis, a chronic disease that causes pain, stiffness, swelling, and loss of function in joints, have reduced selenium levels in their blood [11-13].

The body's immune system naturally makes free radicals that can help destroy invading organisms and damaged tissue, but that can also harm healthy tissue. selenium, as an antioxidant, is associated with helping to relieve symptoms of arthritis by controlling levels of free radicals [14].

Selenium is a trace mineral so it is only required in small amounts. Good dietary sources of selenium are bread, seafood, meat and eggs. Brazil nuts have a very high selenium content. A 2008 study found that consuming only two Brazil nuts every day raised blood selenium levels by 65% [15]. Researchers also found that the bioavailability of the mineral from the nuts was higher than from selenomethionine, one of the most common forms of selenium dietary supplement.