Combine These Foods for Maximum Nutrients 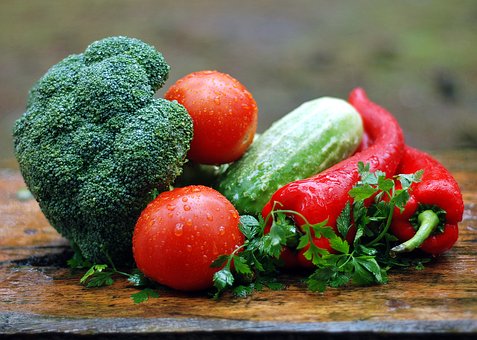 Advertisement. Report if inappropriate.
Certain foods and nutrients work better when they are eaten together. The foods found in different food groups possess plant chemicals that have complementary effects. This chemical synergy between foods boosts their antioxidant capacity, their ability to combat cell damage that increases the risk of diseases such as heart disease, diabetes and cancer.

Here are a few food combinations that deliver a powerful nutritional punch when eaten together:

Kidney beans - and other pulses, such as lentils and chickpeas, are abundant in iron, needed for healthy red blood cells and energy. But iron alone is not enough, because the kind of iron found in non-meat foods is hard for the body to absorb.

Vitamin C, found in high concentrations in red pepper, and also in most fruit and vegetables, can triple the absorption of iron. However, heat destroys Vitamin C, so the peppers need to be eaten raw or very lightly cooked.

Try: make a bean salad with sliced red peppers and a can of precooked kidneys beans, or add raw red peppers to a vegetarian chili.

Tomatoes are one of the richest sources of lycopene, a member of the carotene family, which, according to research, is associated with helping to prevent and treat prostate cancer. But, according to other research, you can pack a double punch by combining tomato with broccoli.

In animals, a tomato/broccoli combination was found to reduce tumor size by 52 per cent. The reason is the synergy between the lycopene in the tomatoes and glucosinolates, plant compounds found in broccoli, which also protect against prostate cancer. To release lycopene, tomatoes must be cooked.

Try: Steam broccoli and add it to a tomato sauce, or oven-roast broccoli with baby tomatoes.

Cabbage is one of the main sources of sulforaphane, a plant chemical that has shown to protect against cancer. Other sources include broccoli and broccoli sprouts, watercress and rocket. To maximize the cancer-fighting properties, combine it with the trace mineral, selenium.

The Institute of Food Research in Norwich discovered that, at least in the test tube, the combined cancer-fighting properties of sulforaphane and selenium are up to 13 times more potent than either alone. Selenium is found in Brazil nuts, walnuts, eggs, soya beans and seafood.

Try: Add chopped Brazil nuts to a coleslaw salad, or thinly slice the nuts and eat combined with sauerkraut.

Beta-carotene, found in red, orange and green fruits and vegetables - such as butternut squash, carrots, mango, and spinach - is turned into Vitamin A in the body, a nutrient that helps to boost immunity and prevent infections.

But Vitamin A does not work as effectively without zinc - found in protein foods including pumpkin seeds - which is also essential for immune function.

Try: Top butternut squash soup with a sprinkle of pumpkin seeds, or grind the seeds and add them to the soup for a nutty-flavored, beta-carotene-rich soup.